The Symbol of Memorial Day

» News » The Symbol of Memorial Day 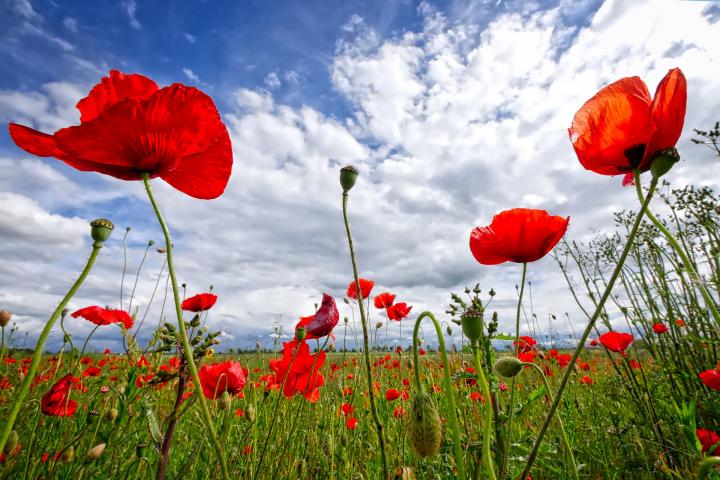 The Symbol of Memorial Day

WHY IS THE POPPY A SYMBOL OF MEMORIAL DAY?

In the war-torn battlefields of Europe, the common red field poppy (Papaver rhoeas) was one of the first plants to reappear. Its seeds scattered in the wind and sat dormant in the ground, only germinating when the ground was disturbed—as it was by the very brutal fighting of World War 1.

John McCrae, a Canadian soldier and physician, witnessed the war first hand and was inspired to write the now-famous poem “In Flanders Fields” in 1915. (See below for the poem.) He saw the poppies scattered throughout the battlefield surrounding his artillery position in Belgium.

In November 1918, days before the official end of the war, an American professor named Moina Michael wrote her own poem, “We Shall Keep the Faith,” which was inspired by McCrae’s “In Flanders Fields.” In her poem (also shown below), she mentioned wearing the “poppy red” to honor the dead, and with that, the tradition of adorning one’s clothing with a single red poppy in remembrance of those killed in the Great War was born. Moina herself came to be known—and honored—as “The Poppy Lady.”

The wearing of the poppy was traditionally done on Memorial Day in the United States, but the symbolism has evolved to encompass all veterans living and deceased, so poppies may be worn on Veterans Day as well. Not long after the custom began, it was adopted by other Allied nations, including Canada, Australia, New Zealand, and the United Kingdom, where it is still popular today. In these countries, the poppy is worn on Remembrance Day (November 11).

Today, poppies are not only a symbol of loss of life, but also of recovery and new life, especially in support of the servicemen who survived the war but suffered from physical and psychological injuries long after it ended.

We use cookies to ensure that we give you the best experience on our website. If you continue to use this site we will assume that you are happy with it.OkPrivacy policy